Eric Hattan is extremely attentive to whatever is going on around him. That applies equally to his sculptural studio and his numerous interventions in public places, in which he persistently reveals details of our environment, using discreet means, often humorously, proposing contradictory visions of one and the same reality. He proceeds by making minor changes, which bestow an unexpected and poetic, even humoristic, dimension on places that can genuinely be called commonplace.

The premise that “art is neither a product nor a solution” but a “work of transformation” leads him to intervene in real space at the heart of existing solutions to reposition their data, to turn them upside-down or inside-out and, in this way, to alter appreciably our perception of the banal. By transforming the geography of a familiar place through very simple acts, he flummoxes visitors, who can no longer manage to make what they see tally with what they know. His works contribute a discreet disorder, a slight twist to the laws of physics and social rules, swapping the interior and the exterior, the inside and the outside and the private and the public. They take on a playful dimension, often falsely experimental and accidental, concealing the real complexity of the intervention. His work also plays on the arrangement and alignment of things and the relationship between them, bringing in wisps of ready-mades when he uses furniture (urban or private) and elements from our environment to produce installations of an improbable and precarious appearance. 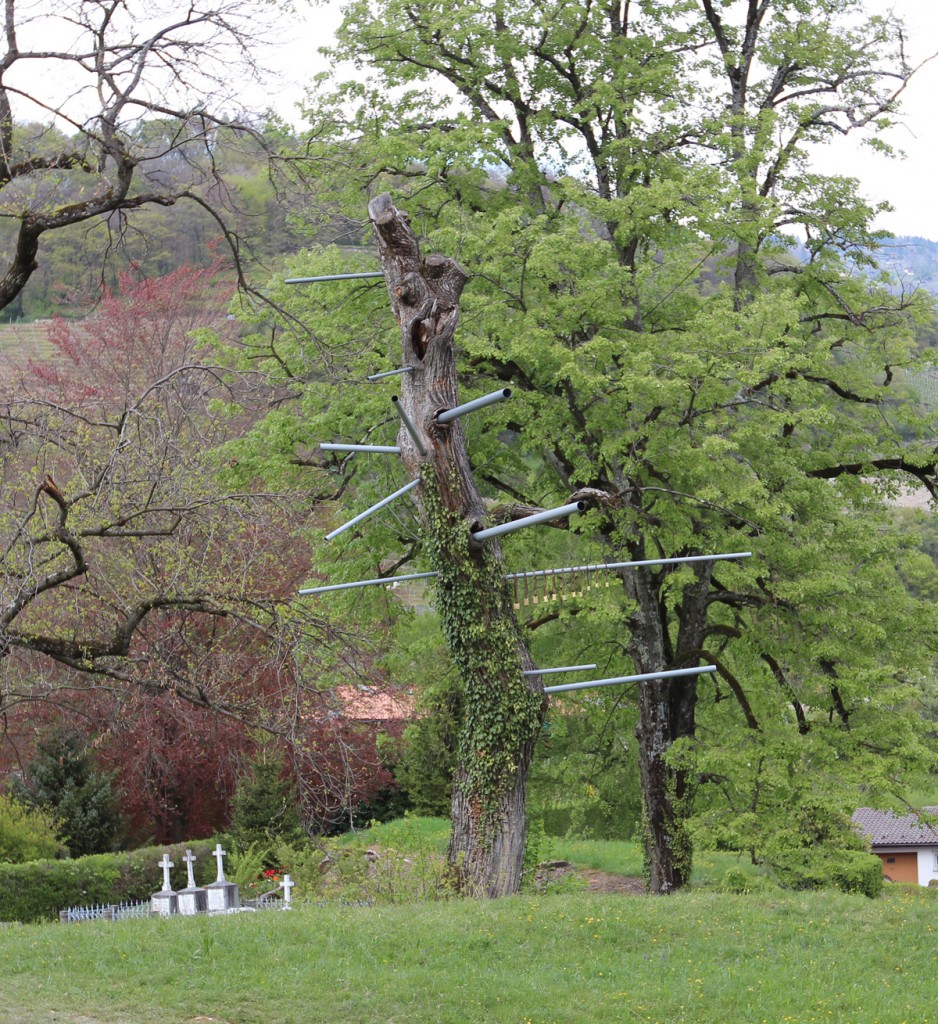